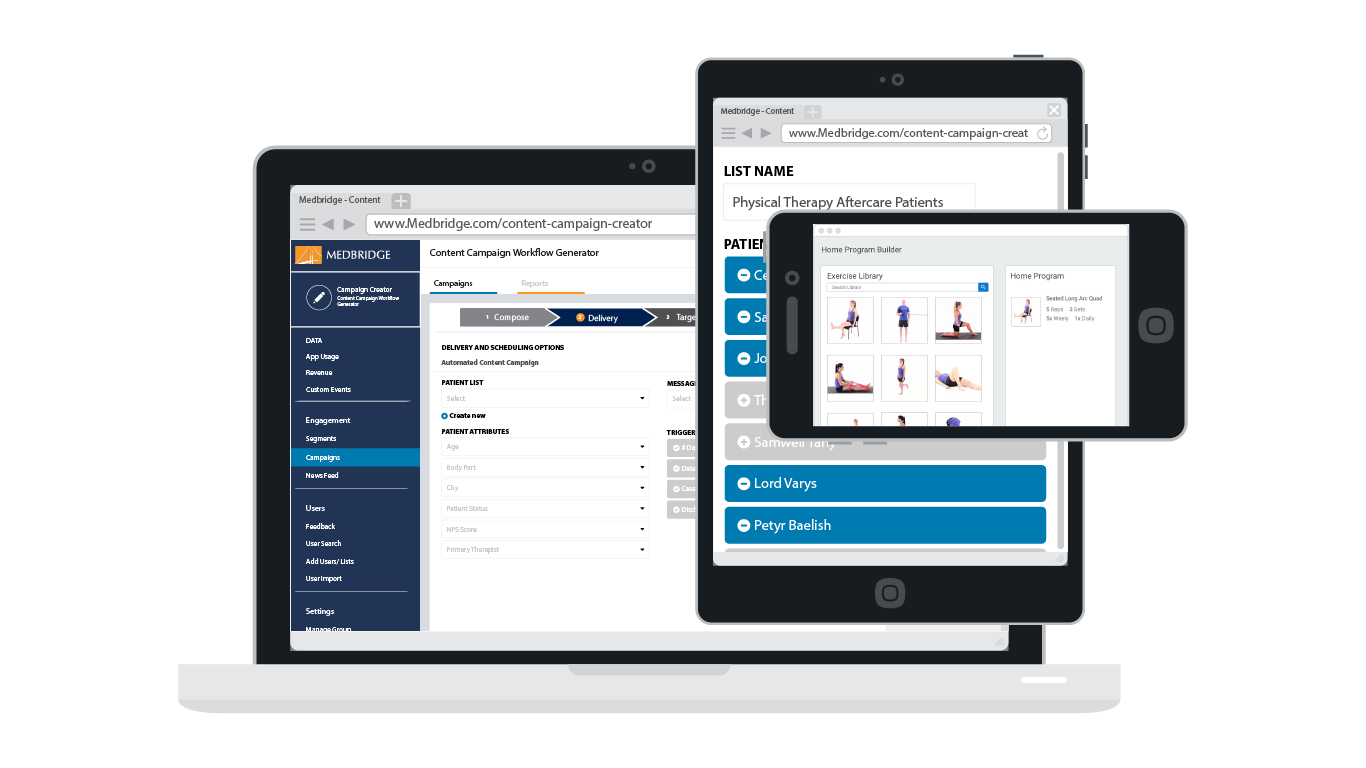 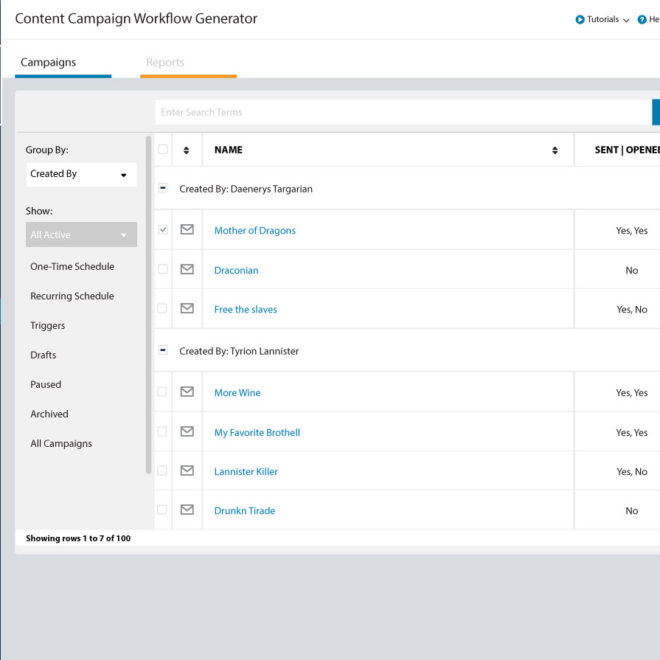 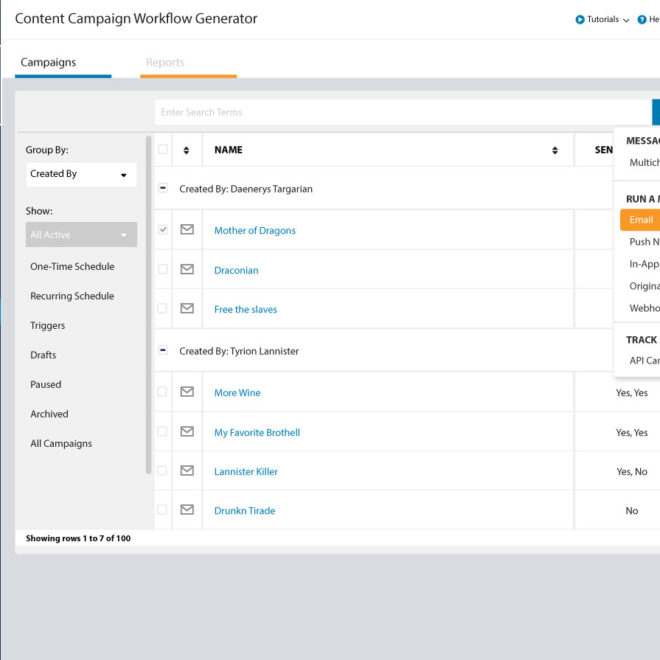 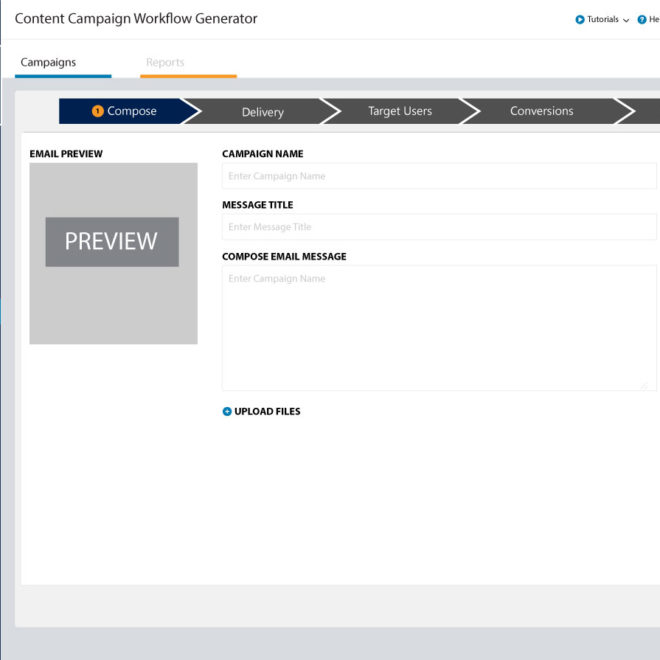 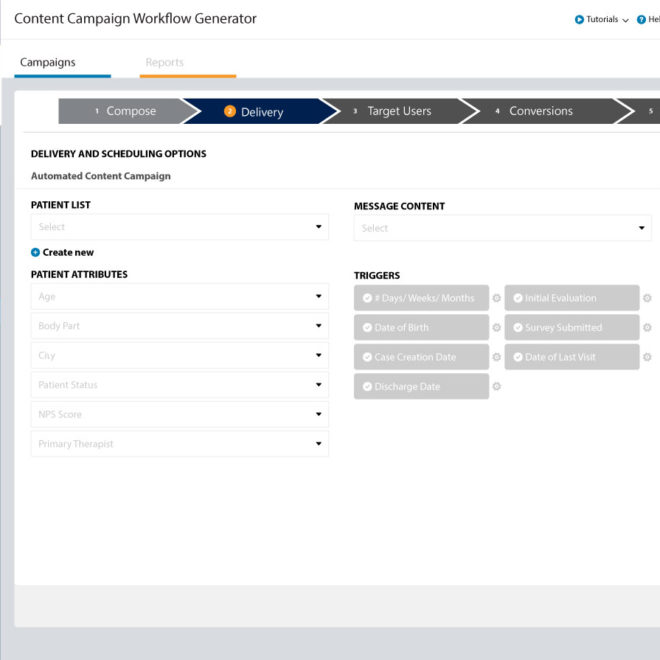 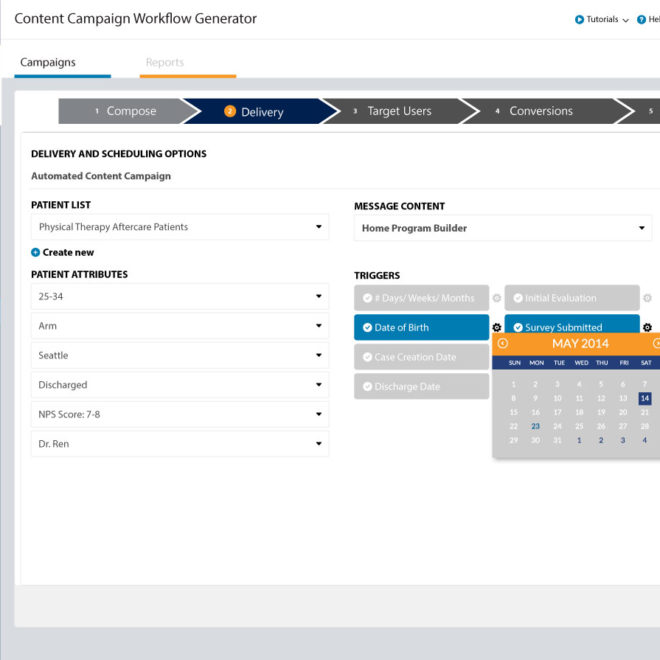 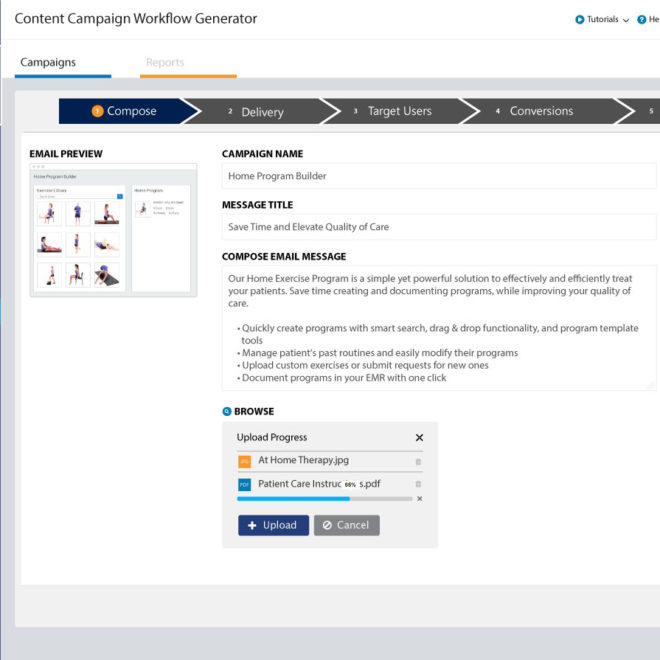 Create platform that enables clinicians to create automatic outreach campaigns to send to a list of targeted patients.

Drawing on Past Experience

This got me thinking a few things initially, one was how would a clinician get to a place where a campaign could be created. In the past, I worked in marketing and we had an automation tool that we could create campaigns from. The starting place was a dashboard which would contain list of campaigns we have created in the past with the ability to sort by who generated the campaign, active campaigns, drafts, and scheduled campaigns. I thought of things that would be useful for a marketing standpoint (in addition to the ability to create campaigns) such as search, the ability to generate reports, view app usage, create custom events, or managing content.

I also implemented shortcut keys that allow the ability to edit and existing campaign create a new campaign, select a campaign and clone it. These shortcuts are something I found very useful and used frequently in my past marketing role. In order to use the shortcuts the user would select a campaign and then hit copy or clone. The shortcuts would be explained in the tutorials section of the header and would also utilize alt tags or even UI hints on first time page load to draw attention to the tabs.

The clinician has started to populate the template with information. As the template is populated the ability to preview the campaign on multiple messaging channels is available. Once the template areas are all filled out the submission option would be enabled. This paradigm would be followed throughout the campaign creation process.

In step two the clinician will be presented with a workflow that allows for the selection of users from pre-populated group lists. These would be setup under the users area of the main dashboard navigation. Patient attributes, message content (from the previous slide or even another campaign) and triggers would be setup here.

Clinician is Setting Up Email Delivery

The UI contains an example of triggers toggled and one potential setup of a trigger under the settings dropdown. After the user setup all of the delivery and scheduling options have been entered into the template and triggers have been setup submit would be enabled. Upon submission the user would go to the next step in the process > Target Users.

The list could then be refined based on triggers and further refining the list of target users, if needed, based on the implementation of Triggers. 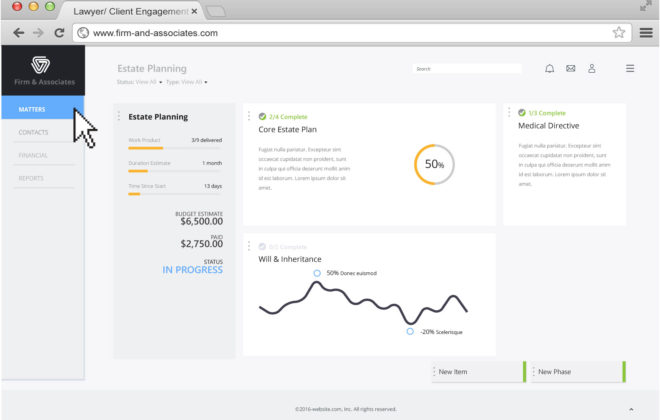 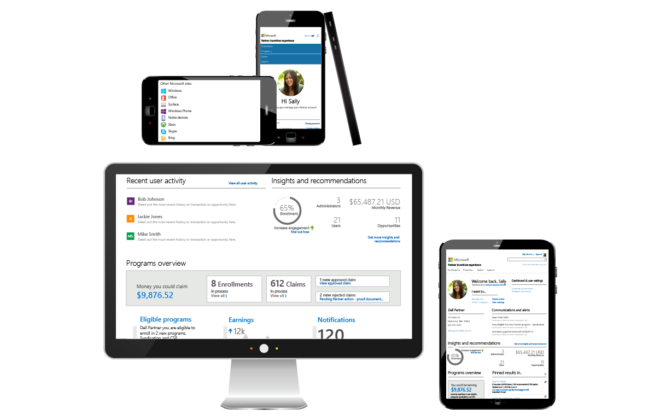 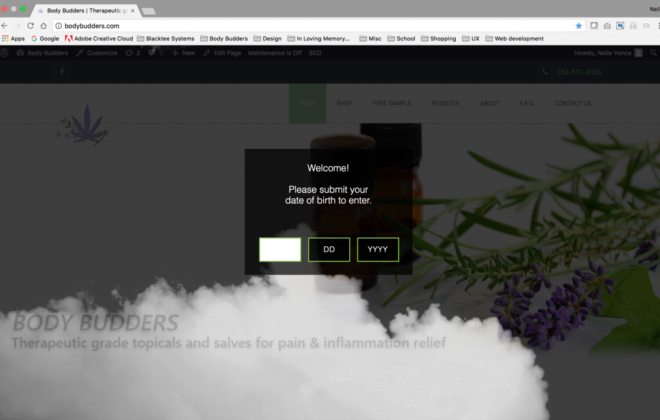 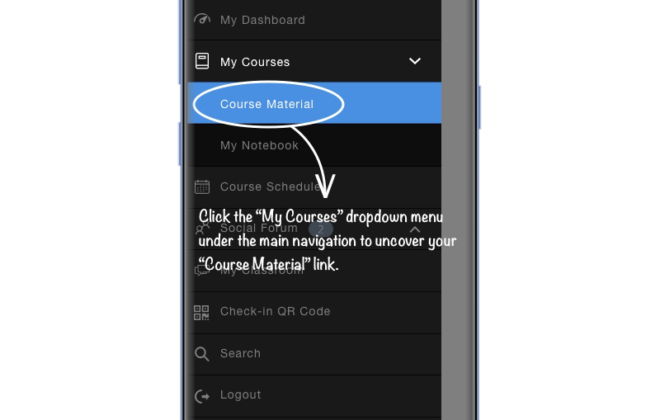